What Do Yellow Bikes and ITIL® Practitioner Have in Common? Absolutely Nothing Apparently! 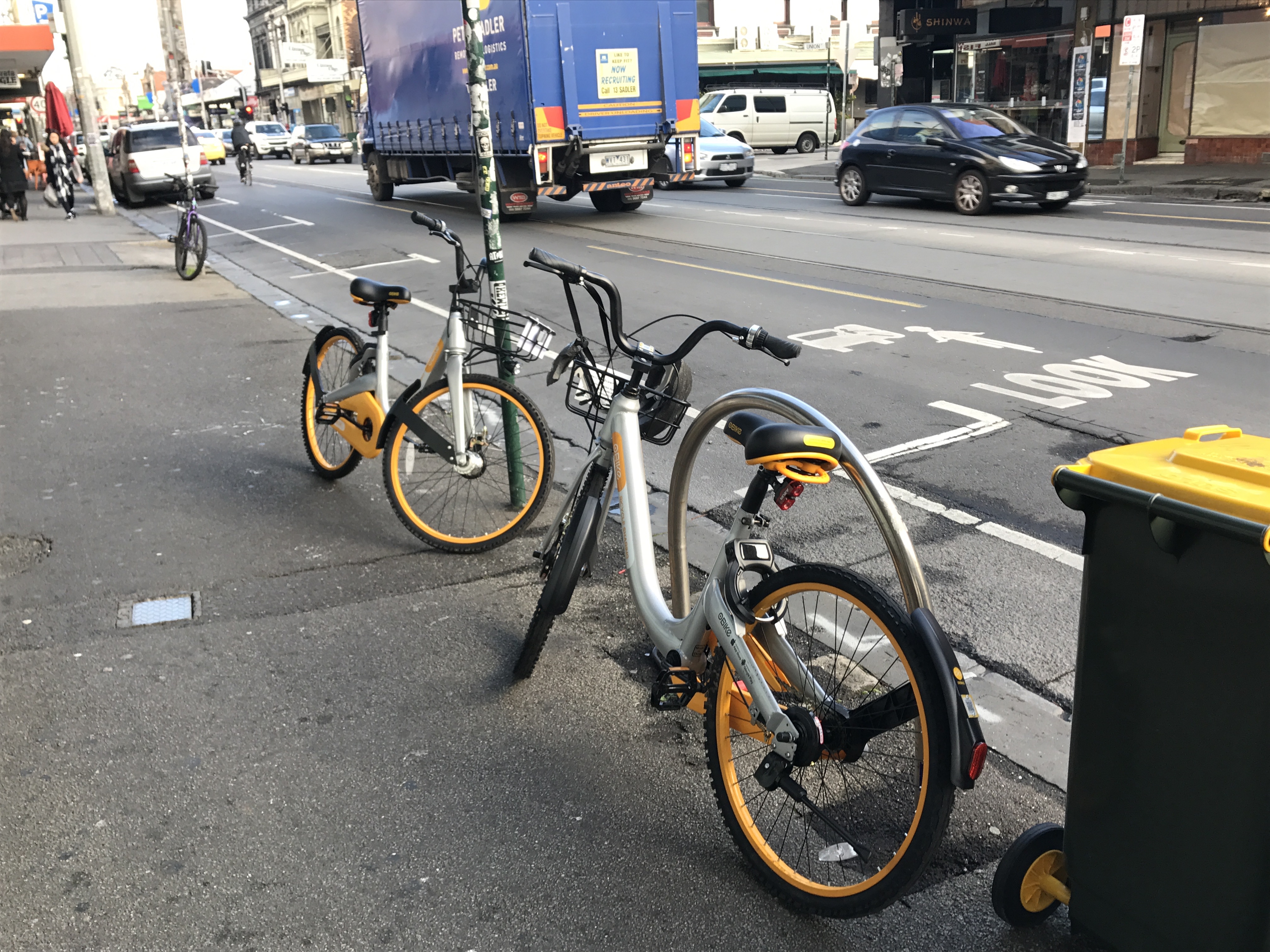 A new mobile bike sharing system is causing major problems in Melbourne, Australia. Having done a little research it appears that Melbourne is not alone. London has also experienced the same problems.

The bike sharing system – oBike – unlike other bike sharing schemes – is dockless. Schemes like Melbourne Bike Share require the cyclist to return the bike to a docking station in order for it to be locked. 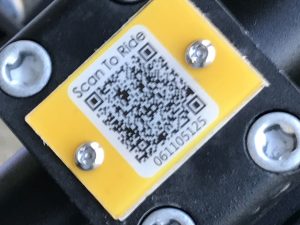 To use oBike, cyclists download an app, scan the QR code on the bike and unlock it at a cost of AUD$1.99 for 30 minutes.

At the end of the ride, the cyclist parks the bike and locks it using the app. They are supposed to use a legal designated area.

The problem is that cyclists can drop off the brightly yellow coloured bikes wherever they want!

The footpaths of Melbourne are littered with abandoned yellow bikes causing hazards to both pedestrians and road-users (including non oBike cyclists).

Although there is a point system to encourage cyclists to leave them in designated zones, the bikes are being left anywhere and everywhere.

It appears the cyclists using oBike are not concerned about losing points for not using designated areas to return their bikes and therefore they are just being abandoned.

They have been sighted on building sites and abandoned in rivers.

The ‘return bike’ instructions on the oBike website read:

‘Please don’t park it in a private place, where others can’t find it. It would be good if you can return the bike to an area designated public bike parking area’.

‘It would be good if….’ doesn’t come across as strongly as perhaps ‘You will be deducted credit points if….’

Anyway, I digress. Sometime ago I wrote about why my Telco needs ITIL Practitioner and the oBike situation led me to the same reflection.

ITIL® Practitioner contains nine guiding principles, some of which may have avoided the oBike saga.

Here are my thoughts. 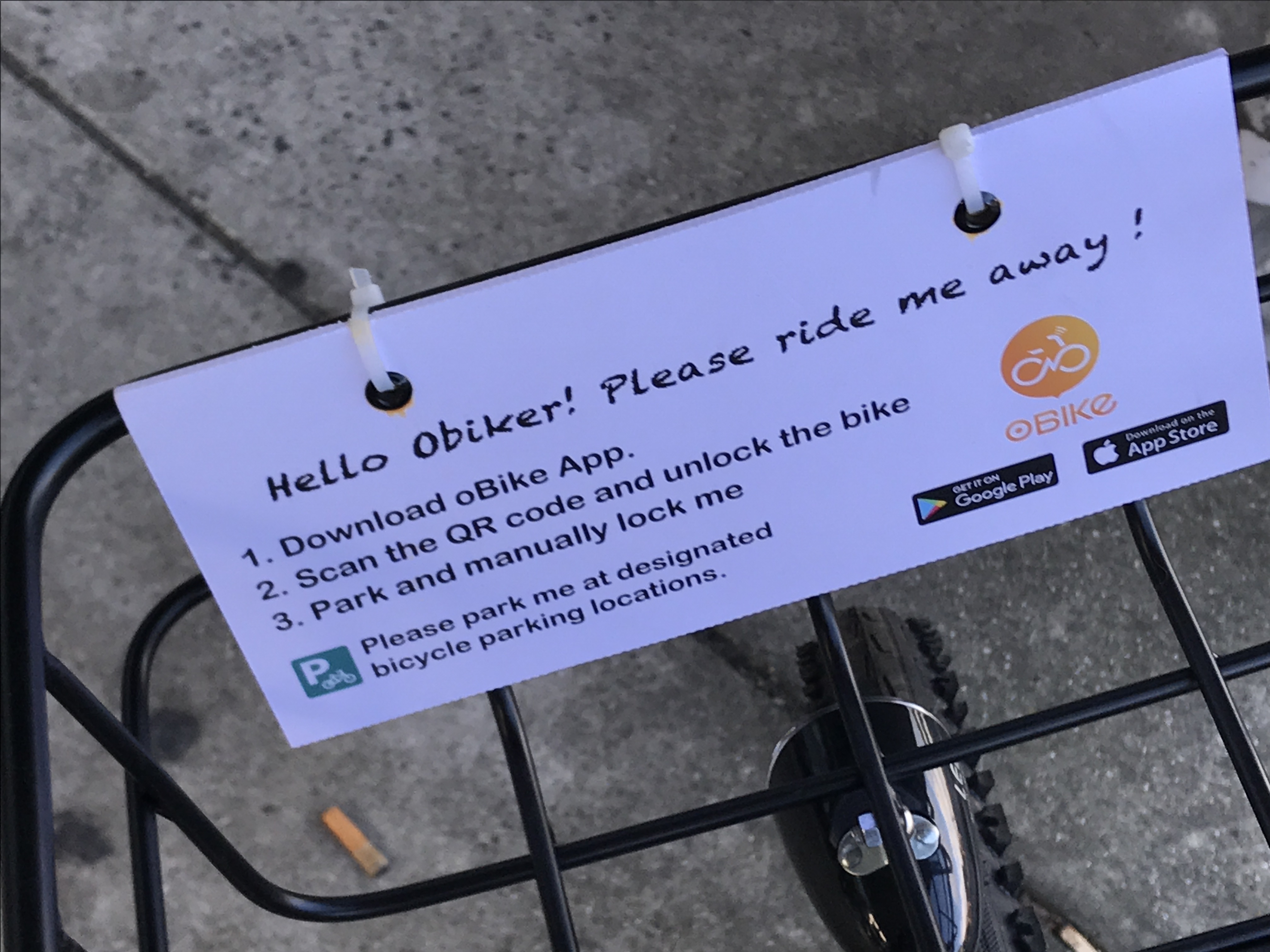 One of oBike’s objectives was to provide bikes at a cost less than that of other schemes such as Melbourne Bike Share in Australia and Santander Cycles in the UK.

However, the cost of service provision by oBike is likely to outweigh the return. Recovery of bikes from non-designated locations (albeit located via GPS) will be time and resource consuming.

oBike are having to expend time and resources dealing with disgruntled councils and community groups whilst also having to re-educate their users on the appropriate return of bikes.

It is questionable whether oBike will be able to retain their low price point and remain competitive given the additional outlay they will have in order to resolve the issues that have arisen surrounding their service offering.

Whose experience did oBike design for? Clearly their focus was on the experience of the ‘user’ but not that of the pedestrian who trips over an abandoned bike on a footpath, a motorist that cannot back out of their driveway due to the presence of an oBike, shop owners who find oBikes propped up against their premises, and non-oBike cyclists trying to park their bikes in racks now strewn with yellow oBikes.

Design for experience should not be just about the direct recipient of the service but also those that may be impacted by the service.

On would assume that oBike undertook some sort of trial or pilot before launching on a global scale. If they had observed directly what was happening, they would have seen that cyclists were not inclined to return their bikes to designated areas, but rather abandon them wherever they wished to disembark.

This observation may have led oBike to amend their credit system whereby it would have imposed greater consequences for bad behaviour.

First time riders have to pay a refundable deposit to use oBike. Maybe, this deposit could have been made non-refundable if a bike was not returned as oBike intended. 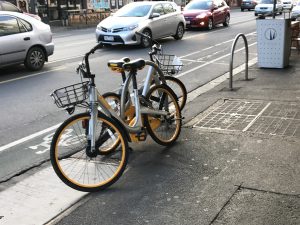 According to WIRED UK, the Hammersmith Council said a ‘glut’ of 400 of the yellow bikes had appeared on local streets without any consultation with the council and blocking footpaths. ‘We are very much in favour of cycling’ said Councillor Stephen Cowan, Lead of Hammersmith and Fulham Council. ‘But we expect companies to properly consult with us first. This launch could have been much better thought out’.

According to The Age in Australia, ‘The yellow bikes have raised curly questions for Melbourne City Council about regulating start-ups such as oBike that don’t require a permit to operate.’

Melbourne City Councillor, Nicholas Frances Gilley said: “I think in a young, spirited and entrepreneurial way they were quite naive about getting permission”.

Clearly oBike have not collaborated with local councils and communities to try and iron out some of the issues before they arose.

In Australia, oBike has stated that they are working with councils to ensure bikes are left in suitable areas and do not take up bicycle racks.

An oBike representative said: ‘oBike has a team that will redeploy bicycles that have been parked inappropriately. We will also continue to work together with our users to create more awareness and to educate them on parking our bicycles’.

Maybe this is a little too late? 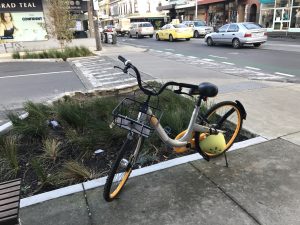 Work holistically means looking at the bigger picture and all of the moving parts. oBike appears to have worked in isolation from councils, communities and the general public.

oBike is a service that does not stand alone. Services are complicated systems that have to be considered, designed, deployed, managed and improved with an awareness of the whole.

I do not think that oBike managed their deployment with an awareness of the whole.

I think the lack of a holistic approach and the lack of collaboration are key to the ‘failure’ of the oBike service to work as intended.

Constantly considering these principles will have a profound impact on everything you do.